Still time to get on the Winter Sale bargains - Shop here

Just in time for the festivities, Nike are set to re-release two classic basketball silhouettes as part of the ‘Class of 97’ pack.

Debuting almost 20 years ago now, the Foamposite Pro and Zoom Hawk Flight have been etched in to the sneaker hall of fame thanks their appearance in one of the most celebrated Basketball films of our time – Spike Lee’s ‘He Got Game’.

Both silhouettes have been re-released in perhaps two of the most sought after colour options in each this season. The Foamposite Pro’s upper is made up in a pearly white with contrasting black jewel swoosh detailing on the side panel and contrasting black lacing. The upper sits on top of an icy-blue translucent outsole, with additional features including a mini swoosh near the toe, graphite carbon fibre midsole and black tongue and heel pulls. The Zoom Hawk Flight arrives with an OG tonal black upper, sitting on top of a stark white midsole and icy-blue outsole. Additional features include the small swoosh detailing, metal eyelets on the lacing, blue heel pull and a metallic lateral support piece, a signature design feature on the classic basketball model.

Again this is sure to be a hugely popular release so don’t expect the pack to be sitting around for long! The Nike ‘Class Of 97’ pack will be arriving in store tomorrow, the 19th of December, priced at £255 for both pairs. Be sure to follow our social media pages for regular updates on release. Shop our current range of Nike HERE 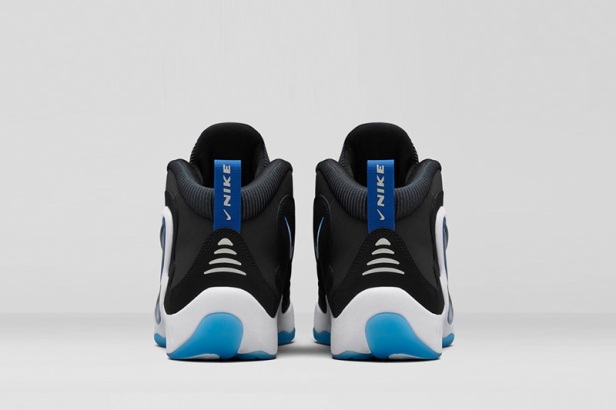 Join our Journey and get 10% Off your first order