It was around this time last year that adidas Originals first launched the ZX Flux silhouette, sending shockwaves through the sneaker community as they introduced this revolutionary shape that took a stripped back approach to the much revered ZX8000. The shoe played a huge part in a successful year for adidas in 2014 and is considered by many as an instant classic. Most importantly it looks great on the foot, but when you mix this with a reasonable price point and it’s super clean, minimal make up that makes it easy to rework into a range of styles and colour treatments, you can see why this shoe made a lot of peoples top 10 lists last year.

The latest iterations of the ZX Flux brings two pristine colour ways that feature a new iridescent strip on the midsole to give the fairly minimal reworks a bit of a futuristic vibe. The seamless mesh uppers are offered up in both white with hints of blue and light graphite with contrasting white detailing.  The super light weight shoe is packed full of comfort enhancing technology from its Torsion midsole that provides adaptive foot support to the heel cup and cushioned interior. The distinctive heel cage remains, with additional features in the tonal stripe branding and tongue labeling.

It’s great to see the stripped back shoe shown off in its most simplistic form, with some nice additional touches.The adidas ZX Flux 2 Pack is available to purchase HERE. 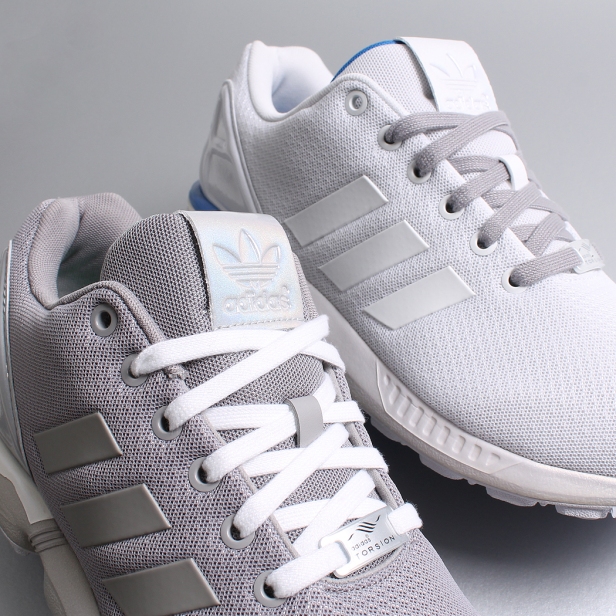 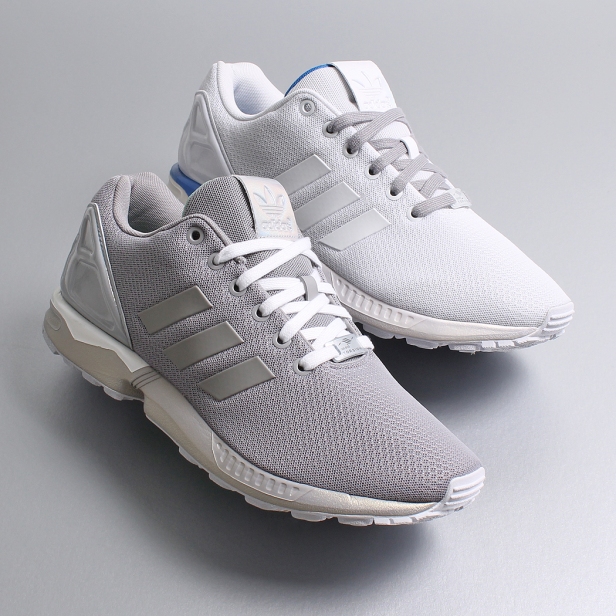